The FEI and the International Vaulting Officials Club (IVOC) have signed a Memorandum of Understanding (MoU).

The MoU formalises the relationship between the two organisations and allows the IVOC to contribute more efficiently within the FEI framework.

“Vaulting became an FEI discipline nearly 40 years ago and has played an important role in the development of equestrian sport globally with its appeal to youth, and incredible horsemanship and showmanship,” FEI President Ingmar De Vos said.

“Officials play a vital role in the development and success of equestrian sports, and we are very happy our relationship with the Vaulting Officials, represented by the IVOC, has been reinforced. It will allow the Officials to engage formally in important consultation processes, such as rules revision, and to have their say in the future development of Vaulting around the world.”

“This is an exciting new step in the relationship between the FEI and IVOC,” IVOC Chairwoman Karolina (Mimmi) Wickholm (FIN) commented.

“We at the IVOC hope to preserve the transparency, open communication, and spirit of friendship we have enjoyed in the tightknit Vaulting community over the years. Our Club’s focus will be on ensuring good and fair working conditions for all Vaulting Officials.

“All the IVOC members are equal and we value everyone’s concerns and opinions. We look forward to working together with the FEI for the greater benefit of Vaulting and equestrian sport in general. The IVOC shares the FEI’s values and especially the dedication to the welfare of our most valuable team member – the horse – as well as the respect for all those engaged in the sport.”

The list of the MoU stakeholders to date is available here. 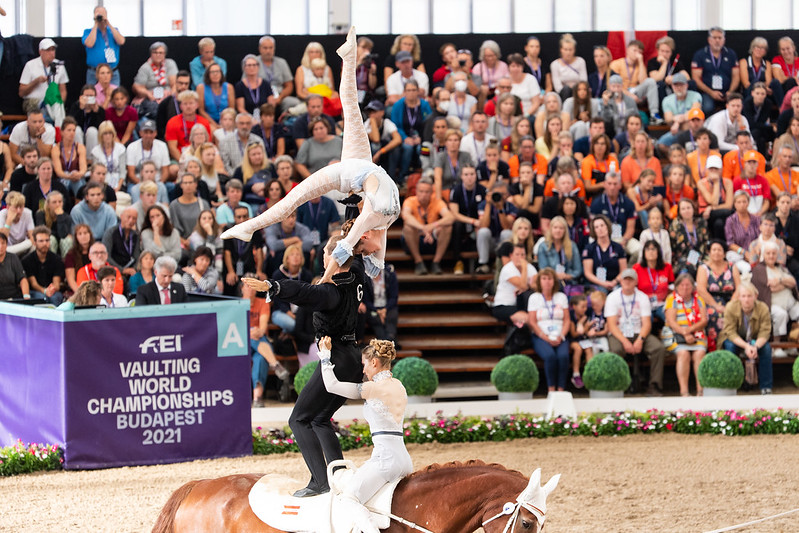