General Piero d’Inzeo, one of Italy’s greatest Olympic Jumping champions has died at the age of 90 in Rome, just three months after his younger brother Raimondo passed away.

The brothers, who were both military officers, were the first athletes in the world to compete in eight Olympic Games.

Piero D'Inzeo, who would have celebrated his 91st birthday on 4 March, won a total of six Olympic medals. At his first Olympic Games in Stockholm in 1956, he claimed individual bronze and team silver. He then won individual silver and team bronze at Rome in 1960, followed by team bronze at Tokyo in 1964 and Munich in 1972. At each of these Games, Piero and Raimondo shared the glory and special bond of team gold.

Piero d’Inzeo also won medals at four consecutive FEI European Championships. He took the individual title in 1959 at the Parc des Princes in Paris (FRA), individual silver at Aachen (GER) in 1958 and 1961, and shared silver with the legendary Hans Günther Winkler at London (GBR) in 1962, the same year that d’Inzeo won the prestigious Dublin Grand Prix in Ireland.

As well as his incredible medal haul, Piero d'Inzeo had a formidable international track record, winning numerous Grand Prix. He won the Aachen Grand Prix a record four times between 1952 and 1965, and it was not until 2013 that this impressive tally was matched by Great Britain’s London 2012 team gold medallist Nick Skelton.

To this day, Piero d’Inzeo also remains the rider with the most wins at the Rome CSIO in the famous Piazza di Siena (ITA), with a phenomenal total of 64 victories, seven of them in the Grand Prix.

On Piero’s 90th birthday last March, the Italian Defence General Staff awarded a joint medal of honour to the two brothers, Piero and Raimondo. Together they represented a golden age of Jumping and created an incredible equestrian and Olympic legacy for Italy. In recognition of Piero d’Inzeo’s Olympic contribution, his body was laid in state at the Italian National Olympic Committee (CONI) Hall of Honour, prior to his funeral this week.

“Piero d’Inzeo was an officer and a gentleman,” said John Roche, FEI Director Jumping. “With his brother Raimondo he accomplished great things. The world has lost a great horseman.” 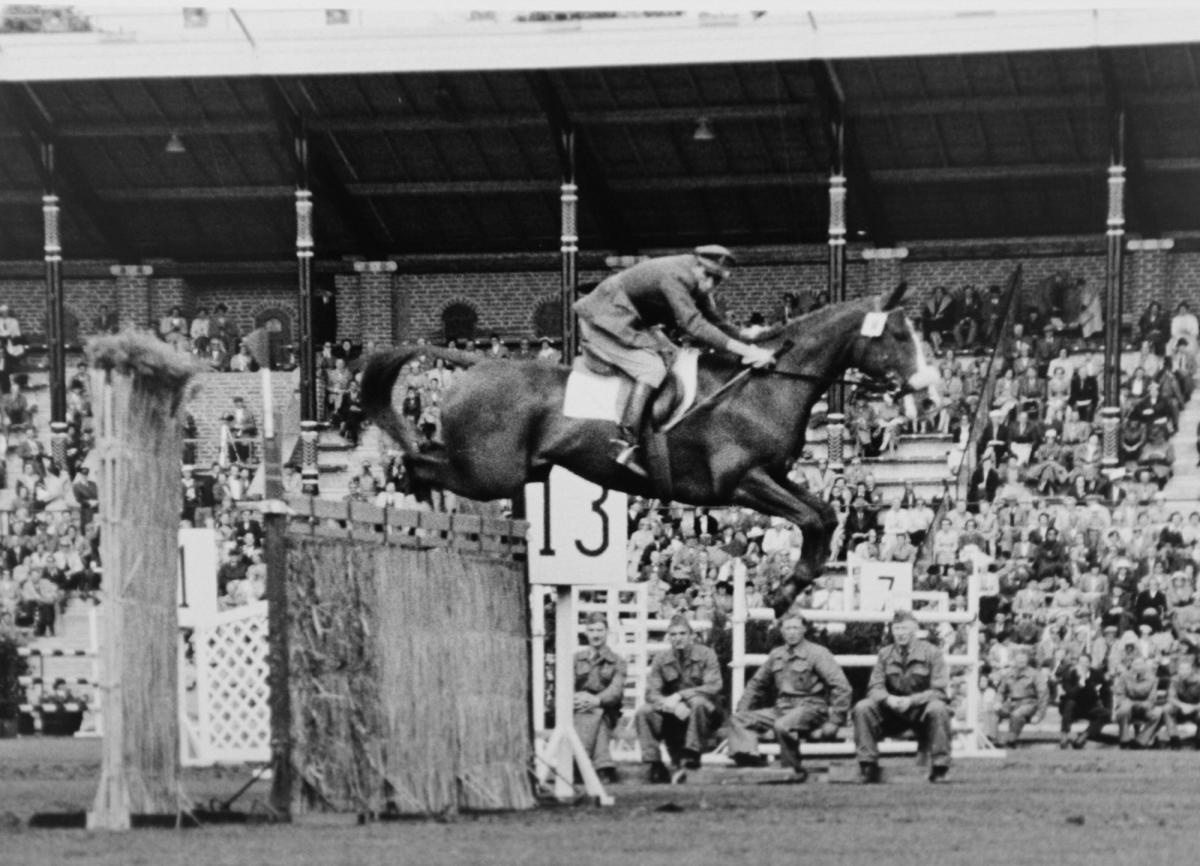 Photo caption: Piero d’Inzeo (ITA), who with his brother and teammate Raimondo were the first athletes in the world to compete in eight Olympic Games, is pictured on Uruguay at the Stockholm 1956 Olympic Games where he took individual bronze and team silver.