Mr Lee became a well-known figure in equestrian sport with Samsung Electronics’ loyal support for Jumping through its sponsorship of the FEI Nations Cup™, which became known as the Samsung Super League between 2003 and 2008. This series saw the world’s eight best national teams battling it out at eight of the most prestigious equestrian venues.

Samsung was also a great supporter of the Olympic Movement, dating back to 1988 when the company became local sponsor of the Seoul Olympic Games and going on to become a Worldwide Olympic Partner and subsequently Top Partner with the International Olympic Committee (IOC), a partnership that is still in place today.

Born in January 1942, he was the third son of Samsung Group's founder Lee Byung-chull. Lee Kun-hee joined the then small family firm in 1968 as executive director and took the helm as Chairman in 1987, following his father’s death. Mr Lee was a true visionary, who pushed the company up the technological ladder, making Samsung a world-leading innovator and Samsung Electronics one of the world’s biggest tech firms.

Mr Lee suffered a heart attack in 2014, requiring long-term medical care and meaning that his son Lee Jae-yong took over as de facto leader of the multinational giant.

“We were very sorry to hear of the passing of Mr Lee, who was such as strong supporter of sport, including equestrian”, said FEI President Ingmar De Vos. “His sponsorship of our Nations Cup, which then became known as the Samsung Super League, contributed immensely to the evolution of this prestigious series and for this we owe him an enormous debt of gratitude. He leaves a huge legacy behind.”

The FEI extends its deepest sympathy to Mr Lee’s family and to his wide circle of friends. 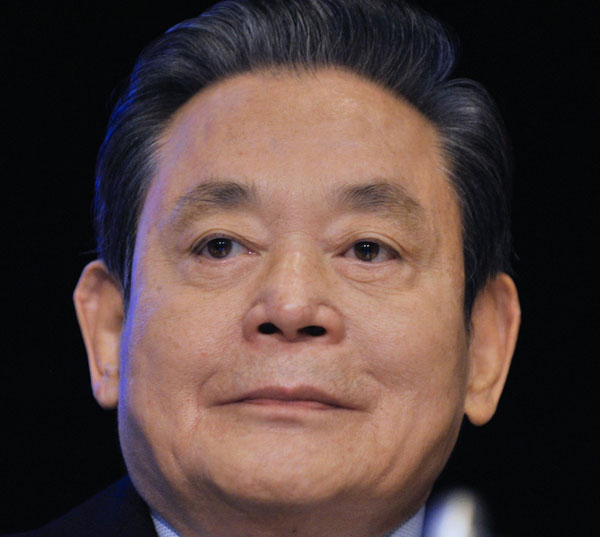