Spain’s Marco Fuste, known for his bountiful charisma and extensive experience in the equestrian sporting sphere, including his tenure as FEI Jumping Director since 1 February 2021, passed away on 5 January 2023 from heart complications. He was 60 years of age.

Highly regarded by the equestrian family, Fuste had a wealth of experience in the equestrian world which he gained through the many roles he embraced: from athlete to event organiser, chef d’équipe as well as hands-on governance administrator both in and out of the equestrian sphere.

During his time at the FEI, Fuste oversaw the full revision of the FEI Jumping Rules, the successful delivery of the postponed Tokyo 2020 Olympic Games due to Covid-19, the delivery of FEI World Championships, World Cup and Nations Cup Finals among thousands of events around the world. He prioritised consultation, was always reachable and worked closely with the FEI Jumping Committee and Chair Stephan Ellenbruch (GER) to ensure the different stakeholders within the community understood the decisions, the reasoning and the decision-making process.

“Marco always gave it his all – he was not one for half measures or taking the easy option – and everyone respected him for his tenacity, his integrity and his good business sense.

“Marco was true to his convictions and was always true to himself. He was passionate about the sport and about the people, rational beyond measure and simply a wonderful human being. His generosity and thoughtfulness, as well as his wise insights and remarkable ability to recall and recount countless anecdotes, made him memorable and colourful at every encounter.

“Marco said that to be appointed FEI Jumping Director was his dream job, and for us, he was our dream candidate – passionate, experienced, knowledgeable, genuine, caring, determined and driven to do the right thing for the sport and for the people in the sport.

“We will miss him dearly at the FEI, and I know the entire community is also mourning his loss and everything he stood for.”

On behalf of the FEI Family, which held Marco in the greatest esteem, the FEI extends its deepest condolences to his wife Isa, his daughter Ainoa, his father, extended family, the Spanish equestrian community and everyone around the world who had the chance to get to know and spend time with him. May he rest in peace.

About Marco Fuste
Before joining the FEI and among many career highlights, Fuste was Director of Jumping for the Spanish Equestrian Federation and chef d’equipe of the Spanish Jumping team from 2006 to 2021. During this time, he also served as a member of the FEI Jumping Committee from 2011 to 2015, and a member of the European Equestrian Federation (EEF) Jumping and Nations Cup working groups. Prior to this, he had also worked at both the Barcelona 1992 Olympic Games and the FEI World Equestrian Games™ 2002 in Jerez (ESP), and was a recipient of the Gold Medal of the Real Federación Hípica Española in 2009, the Federation’s highest distinction.

In the lead up and alongside his equestrian career - borne from a lifelong love of horses – Fuste earnt his stripes exploring and working in a number of different sports. This started in 1986 with the position of Event Manager at the Spanish sports events company Organización y Gestión Deportiva S.A, before a nine-year stint with the World League of American Football, NFL Europe and NFL Europe League. He would go on to explore the tennis world, becoming General Manager at the Royal Spanish Tennis Federation, a tenure which coincided with Spain recording its first Davis Cup victory. 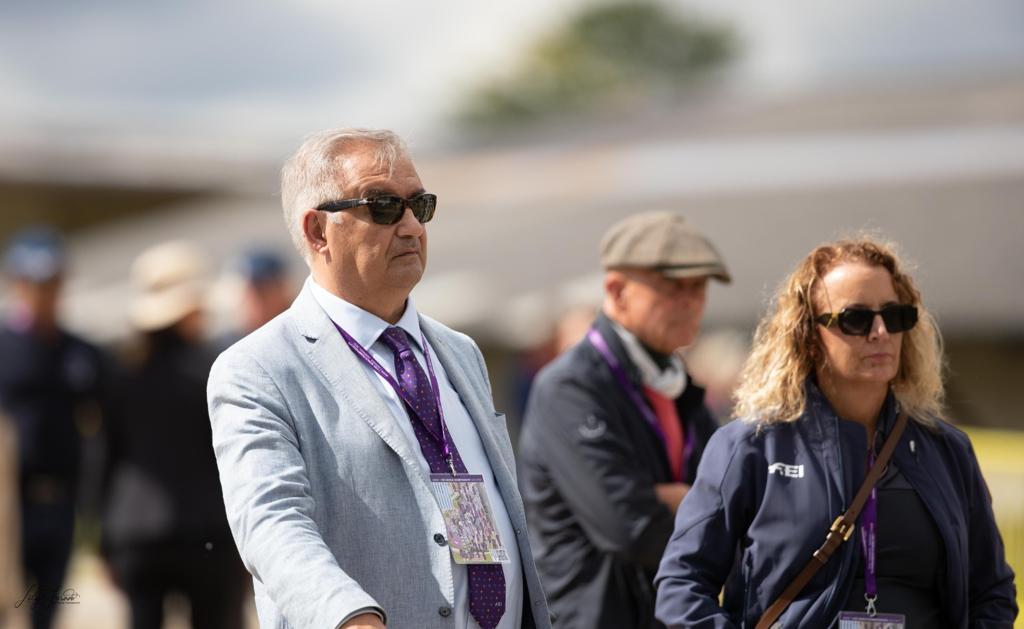