During an evening reception before the Tryon site visit, the IOC President told guests, including National Federations Presidents and Secretary Generals, what a great pleasure it always is to be with the equestrian family, which he views as “a strong and trusted partner of the IOC”. He also said how much he appreciates that equestrian sport is “setting a benchmark for many Federations” with regard to gender equality.

Thomas Bach presented the FEI President with a special IOC trophy representing the Olympic values of friendship, excellence and respect, “which are so dear to you and to your sport and to all your member Federations, so please take it as a token of our appreciation for the great work you’re doing together with your team.”

Also on hand were representatives of both the Tokyo 2020 and Los Angeles 2024 Olympic Games: Tsunekazu Takeda, Vice-President of the organising committee for the next summer Olympics, where the equestrian events will be held at the same venue as for the Tokyo 1964 Olympic Games, “demonstrating the great legacy of the ‘64 Games and also creating a new legacy for future generations”, and Casey Wasserman, Chairman of the LA2024 organising committee.

Thomas Bach is a great supporter of the FEI World Equestrian Games™, but could not remember whether Tryon was his fourth or fifth WEG visit!

Enjoy the video and read more about this very special visit here. 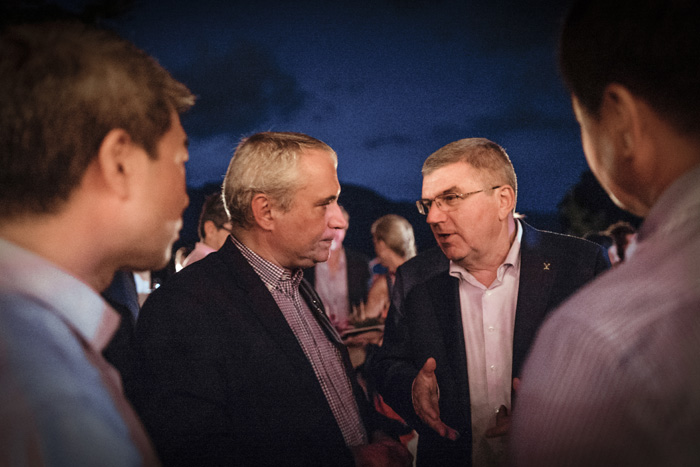