The formation of the IHSC, which was approved by the FEI Bureau on 4 November, was formally signed by FEI President HRH Princess Haya and IFHA Chairman Louis Romanet during today’s FEI General Assembly. The Confederation is the first formal alliance between the racing world and the FEI, which governs the seven equestrian disciplines of Jumping, Dressage and Para-Dressage, Eventing, Driving and Para-Driving, Endurance, Reining and Vaulting.

The IHSC’s primary mission will be the exchange of information and technical knowledge, and collaboration on issues that represent the collective interests of the FEI and the IFHA, including the international movement of horses with the OIE, horse welfare, anti-doping, coordinated communications and fair play.

The IHSC will be a not-for-profit and politically neutral association governed by the FEI Statutes and, secondarily, by the Swiss Civil Code. The IHSC Secretariat will be based at FEI Headquarters in Lausanne (SUI) at the HM King Hussein I Building under a rotational chairmanship.

“The creation of the International Horse Sports Confederation is an outgrowth of the FEI’s collaboration with the OIE, and our efforts to join forces with our sister federation, the IFHA, will ensure that we move forward together in this effort for the mutual benefit of both our industries. It represents one of the most profound milestones for the global growth of racing and horse sport”, Princess Haya said.

“Our negotiations have taken place since the end of 2012, and now with the International Horse Sport Confederation established, we are firmly joined together to pool our knowledge and capabilities, and move forward with strength as horse sport continues to grow around the world.

“Our key priorities will be facilitating the movement of horses to compete in international competitions, protecting horse welfare, maintaining strong doping control policy, and ensuring fairness in our sports for participants and the general public”.

The concept of the IHSC was unanimously ratified last month by the IFHA’s Executive Council following the 47th Annual Conference in Paris (FRA), which was attended by horseracing authority delegates representing 51 nations. The creation of the IHSC fulfils a commitment that Princess Haya made in her 2010 election programme.

IFHA Chairman Louis Romanet said: “The creation of the IHSC means that we can now link the wealth of our expertise in the racing world and within the equestrian sports governed by the FEI.

“Both Federations will be fully cooperating to protect the welfare of the horse and to facilitate the international movement of horses in close liaison with the World Organisation for Animal Health.

“The news is wholeheartedly welcomed by our members and we now have an exceptional opportunity to promote strong regulation and best practice on an international scale with the FEI.

“We are looking forward to this exciting new chapter for horse sport and we are very grateful to HRH Princess Haya for her outstanding leadership, which made it possible to achieve our common goals.” 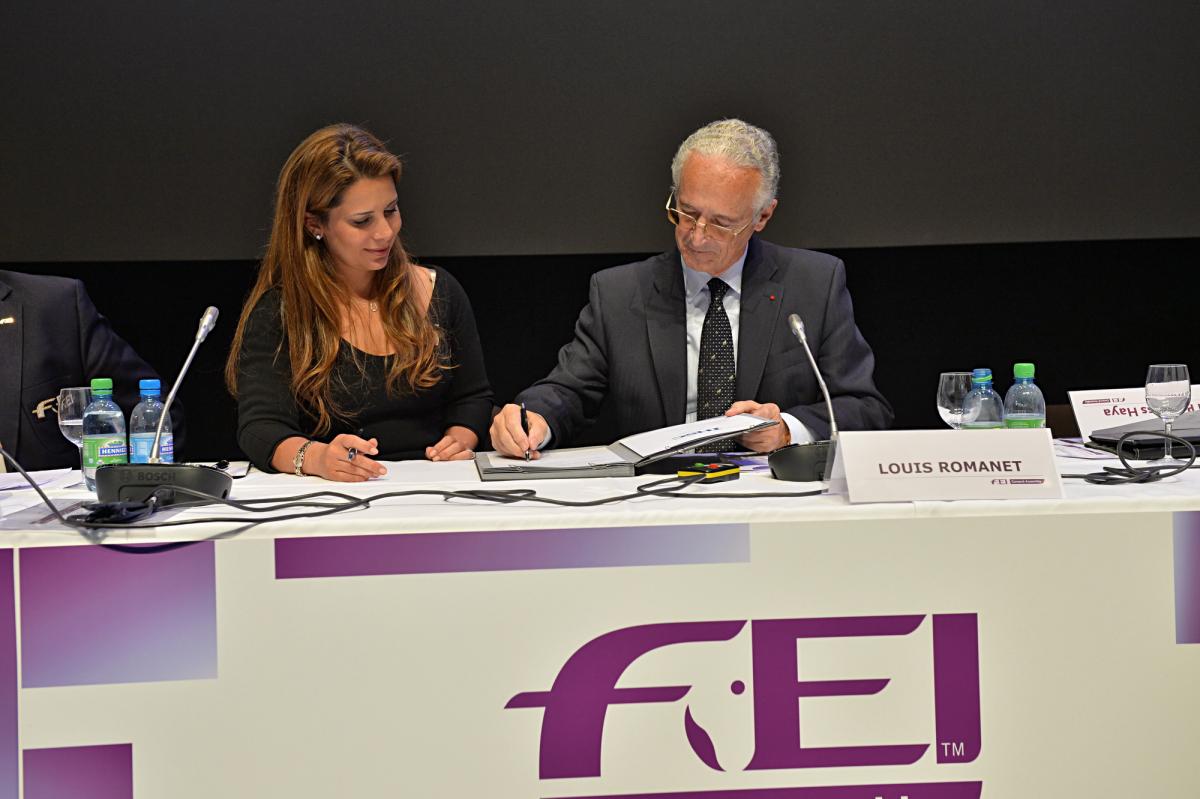 The Fédération Equestre Internationale (FEI), the world governing body for horse sport recognised by the International Olympic Committee (IOC), was founded in 1921. The FEI is the sole controlling authority for all international events in Jumping, Dressage & Para-Dressage, Eventing, Driving & Para-Driving, Endurance, Vaulting and Reining. For further information, please visit www.fei.org

In 1961, the Horseracing Authorities of the United States of America, France, Great Britain and Ireland decided to coordinate their action in order to protect the integrity of horse races and keep their basic aim, which is the organisation of competitions to select the best horses in order to improve the quality of breeding. In 1967, they created the International Conference in Paris, bringing the world’s main racing authorities together.