Marco Fusté (ESP), one of the best known figures on the international Jumping circuit, has been appointed as Jumping Director for the Federation Equestre Internationale (FEI), the global governing body for equestrian sports.

Mr Fusté has been Director of Jumping at the Spanish Equestrian Federation and chef d’equipe of the Spanish Jumping team since 2006. He will take up the new role at the FEI on 1 February 2021 and his first task will be a full revision of the FEI Jumping Rules. He replaces interim Jumping Director Deborah Riplinger, who will remain at FEI Headquarters until the end of June next year to ensure an optimal handover.

“To be appointed as FEI director jumping Director is absolutely my dream job,” Marco Fusté said. “Horses and equestrian sport, particularly Jumping, have been a part of my life for so long and I see this new role as the pinnacle of my career. Jumping is already the FEI’s largest discipline and, while I know the challenges involved, I also see great opportunity for further expansion, particularly in South America, so that we can develop the sport more broadly. I can’t wait to get started.”

His lifelong love of horses was cemented at the age of seven when his grandfather took him to a riding school right in the middle of Barcelona. He went on to compete on the Spanish national Jumping circuit, prior to studying law at the University of Barcelona Law School.

He served as a member of the FEI Jumping Committee from 2011 to 2015, and a member of the European Equestrian Federation (EEF) Jumping and Nations Cup working groups. He also worked at both the Barcelona 1992 Olympic Games and the FEI World Equestrian Games™ 2002 in Jerez (ESP). He is a recipient of the Gold Medal of the Real Federación Hípica Española, the Federation’s highest distinction.

His initial entry into the workplace came in 1986, when he started as Event Manager at the Spanish sports events company Organización y Gestión Deportiva S.A, before a nine-year stint with the World League of American Football, NFL Europe and NFL Europe League. He then switched codes to become General Manager at the Royal Spanish Tennis Federation, with Spain scoring its first Davis Cup victory during his tenure. In 2001 he set up Barcelona Sports Consulting, a specialist company organising horse shows and working directly with Organising Committees, before moving to his current role at the Spanish National Federation.

“Marco Fusté is tailor-made for the role of Jumping Director at the FEI,” FEI Secretary General Sabrina Ibáñez said. “He has valuable expertise in the sports world outside the specialist equestrian sphere, and has been involved in our sport from every angle, as an athlete, event organiser and chef d’equipe. He also has hands-on governance experience at the National Federation and at international level as a member of the FEI Jumping Committee. He has encyclopaedic knowledge of the Jumping discipline and is respected and admired by everyone within the sport. We are very much looking forward to welcoming him to Headquarters in February.”

The FEI announced the appointment of Christina Abu-Dayyeh (JOR) as Endurance Director last week (16 December). Recruitment for both positions was done in partnership with British-based agency Hartmann Mason Executive Search. 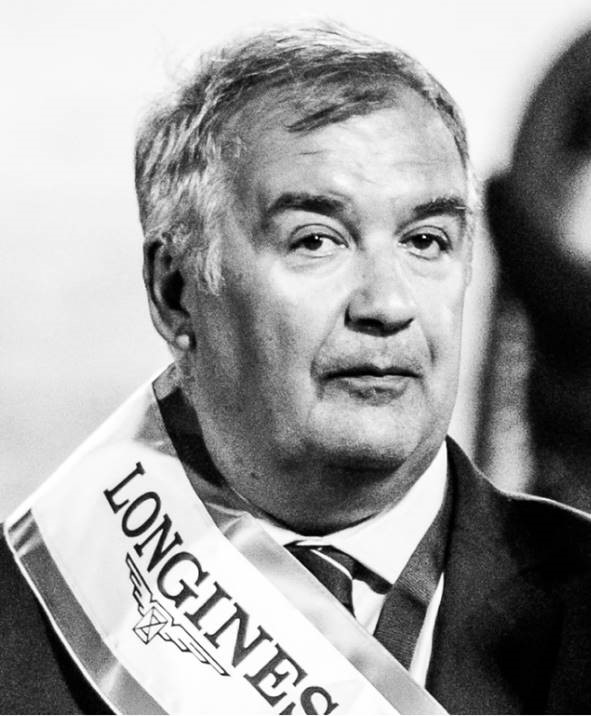 Marco Fusté (ESP), who will start in his new role as FEI Jumping Director on 1 February 2021, pictured after leading the Spanish team to victory in the Longines Challenge Cup at last year's Longines FEI Jumping Nations Cup™ Final in Barcelona. (FEI/Lukasz Kowalski).