When the 2016/2017 Longines FEI World Cup™ Jumping North American League capped its second season with a fairytale victory for the USA’s McLain Ward at the Final on home soil in Omaha, Nebraska, it realised a dream for the two-time Olympic gold medalist, who had gone winless in his previous 16 tries at the seasonal finale.

More dreams are certain to become realities again this season, when the Longines FEI World Cup™ Jumping North American League kicks off its third season this Sunday (6 August) at Quebec’s Bromont International CSI 3*-W, where Canada, Mexico, and the United States’ top Jumping combinations will begin the quest to qualify for the Longines FEI World Cup™ Jumping Final in Paris (FRA) in April 2018.

Seven east and seven west coast competitions will determine a total of 14 athletes – seven US athletes from the East Coast sub league, three US athletes from the West Coast league, plus two apiece from Canada and Mexico – that will receive their qualifying tickets for the Final. Putting strategy into play, the League’s format counts the top four scores out of a possible seven results, allowing athletes to determine their route to FEI World Cup™ qualification based on the venues and schedules that best suit their operations.

“The Longines FEI World Cup Jumping North American League is obviously an example of consistency over quite a decent amount of time”, said the reigning Longines FEI World Cup™ champion McLain Ward, whose participation in last year’s North American League with his mare HH Azur propelled them to ultimate victory in Omaha. “You see the top riders aiming to get points early, while others have other strategies. It’s exciting and leads up to a great Final.”

“I don’t think I change too much,” he added. “We’ll just try to keep doing the best we can. It was a great win, especially to do it on home turf.”

Fellow American Lucy Deslauriers is eligible to contest the entire League for the first time, after turning 18 this year, and the young rider will make her FEI World Cup™ debut at Bromont after competing in the show’s national and two-star competitions in the past several years. Others lined up to kick-off the League season in Quebec are FEI World Cup™ veterans Charlie Jacobs (USA), Keean White (CAN), and Lucy’s father Mario Deslauriers (USA) who, in 1984, became the youngest rider to triumph in the FEI World Cup Jumping™ Final when he steered Aramis to victory at just 19 years of age when he was still flying the Canadian flag. 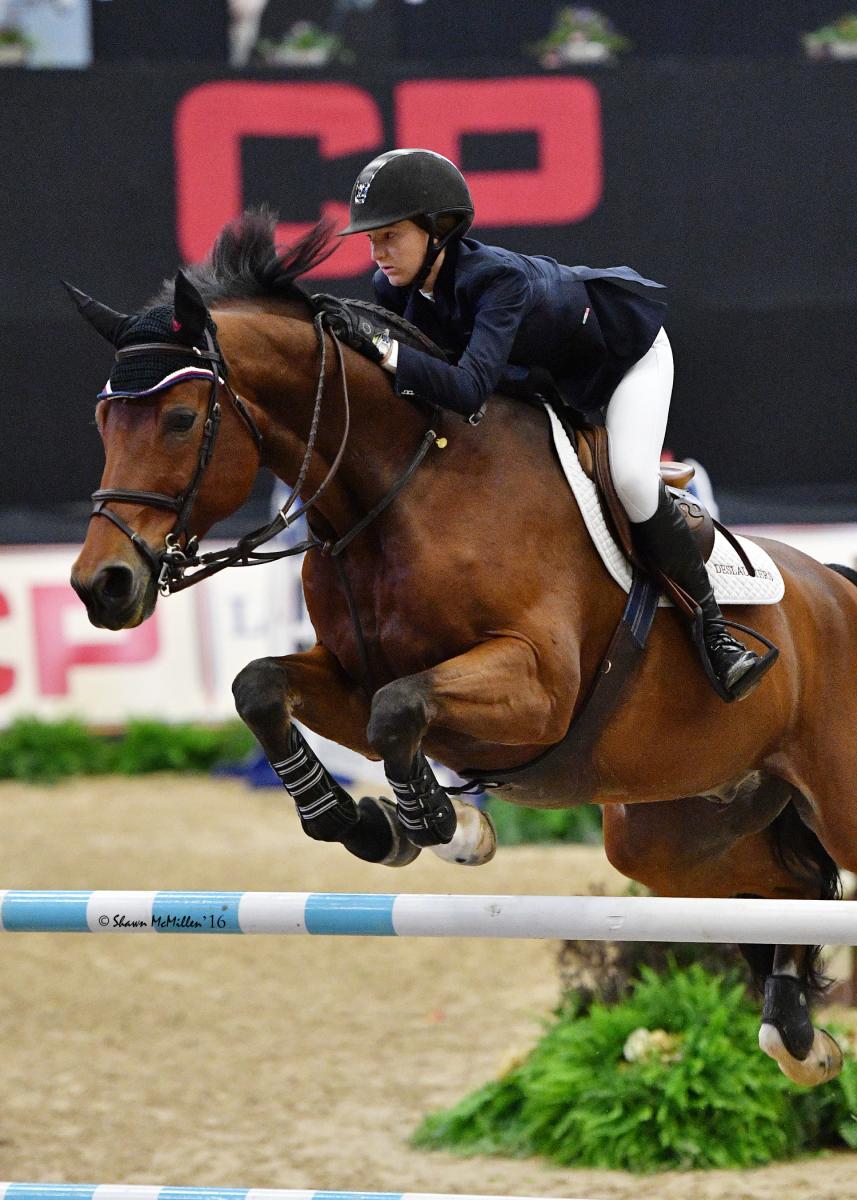 “Obviously it’s something I’ve been working toward for a while now,” Lucy Deslauriers said. “I did my first World Cup qualifier in Ocala this winter at Live Oak, so that was the biggest I had jumped at that point. It went well, and I was pretty happy. I gained a little experience at that height, more so than I had leading up to that show. I hope my performance this coming weekend will reflect that.”

“It’s very special, and I’ve been doing the two-star competition and some of the other small classes for many years now,” Lucy Deslauriers said. “To finally be able to compete in the World Cup qualifier, with a lot of the family here, including my parents and my brother, it will be very special.”

All 14 of the Longines FEI World Cup™ Jumping North American League qualifiers will be broadcast live on FEI TV.  Additional FEI classes at these competitions will be live streamed on the FEI YouTube channel.

Follow all the action from the Longines FEI World Cup™ Jumping North American League, including live updates, features, and behind the scenes visuals on social media.

Connect with the FEI via the following platforms:

Additionally, join the conversation with the following official hashtags:

The North American League is one among sixteen taking part in the highly successful and global FEI World Cup™ Jumping series, which has been in existence since 1978.

The North American League boasts a minimum of US $2.4 million prize money across the series, and offers the best Jumping athletes from North America and around the world the chance to qualify for the jackpot of more than US $1.4 million (€1.3 million) on offer annually at the Final.