General Raimondo d’Inzeo, eight-time Olympian and individual gold medallist at the 1960 Olympic Games in Rome, has passed away at home in Italy at the age of 88.

Born on 2 February 1925 in Poggio Mirteto, north of Rome, Raimondo d’Inzeo was the son of renowned equestrian Carlo Costante d’Inzeo, chief instructor in Piemonte Reale, the Royal Piedmontese Dragoons, the smartest regiment in the Italian cavalry, and later dean of the equestrian faculty of the Italian sports university La Farnesina in Rome. Raimondo was the younger brother of Piero d’Inzeo, himself a seven-time Olympian and winner of six Olympic medals.

Raimondo d’Inzeo took up riding at the age of 10 and became so scared when he was first on horseback that his father told him to leave the arena. “But then at home every evening Piero and Papà were always chatting about horses and riding that I felt excluded,” he recalled in an interview, “so I decided it was worth giving horses a second chance - and fortunately I did!”

In 1950, Raimondo d’Inzeo joined the Arma dei Carabinieri, the Italian military police. He bore the title of General at the moment of his death.

One of the legends of equestrian sport, he made his Olympic debut at the London 1948 Olympic Games in Eventing. He went on to win six Olympic Jumping medals, probably most memorably on home ground in Rome 1960 when he took gold ahead of his brother Piero who won silver. He was honoured to be asked to carry the Italian flag at the opening ceremony for the 1976 Olympic Games in Montreal.

He was also a multiple world championship medallist, including individual gold in both 1956 and 1960 and individual silver in 1955, and won many of the world’s most prestigious Grands Prix, including Rome four times (twice on Merano), Dublin twice on the great Irish-bred Bellevue, as well as Aachen and Amsterdam. His other top horses were his Olympic gold medal ride Posillipo, Gowran Girl and Fiorello II.

Raimondo d’Inzeo was a founding member and former President of the International Jumping Riders Club (IJRC), which was created in June 1977.

Earlier this year, Raimondo d’Inzeo was among the recipients of a special award marking the 25th anniversary of the founding of the Italian Olympic Academy (AONI).

Following the death of the Italian sporting icon, the President of the Italian National Olympic Committee (CONI), Giovanni Malago declared a minute’s silence at all weekend sporting events in the country. D’Inzeo’s body lay in state at the CONI headquarters prior to today’s funeral at the 4th Mounted Carabinieri Regiment in Rome’s Viale Tor di Quinto. The funeral was attended by hundreds of people including representatives of the Italian authorities, media, friends and his 90-year old brother Piero.

“Raimondo d’Inzeo was a true icon, and one of the most successful horsemen of all time,” FEI Secretary General Ingmar De Vos said. “He was a special kind of rider who could win every type of class, from Grands Prix to Puissance to speed classes, and he had incredible success with so many different horses. He was a true horseman and he will be very sadly missed.”

The FEI expresses its sincere condolences to Raimondo d’Inzeo’s wife Giuliana, his brother Piero and the wider d’Inzeo family, to his extensive circle of friends and the global Jumping community.

Photo caption: Raimondo d’Inzeo (ITA), who has passed away at the age of 88, is pictured here riding Posillipo on his way to individual Olympic gold in Rome 1960. 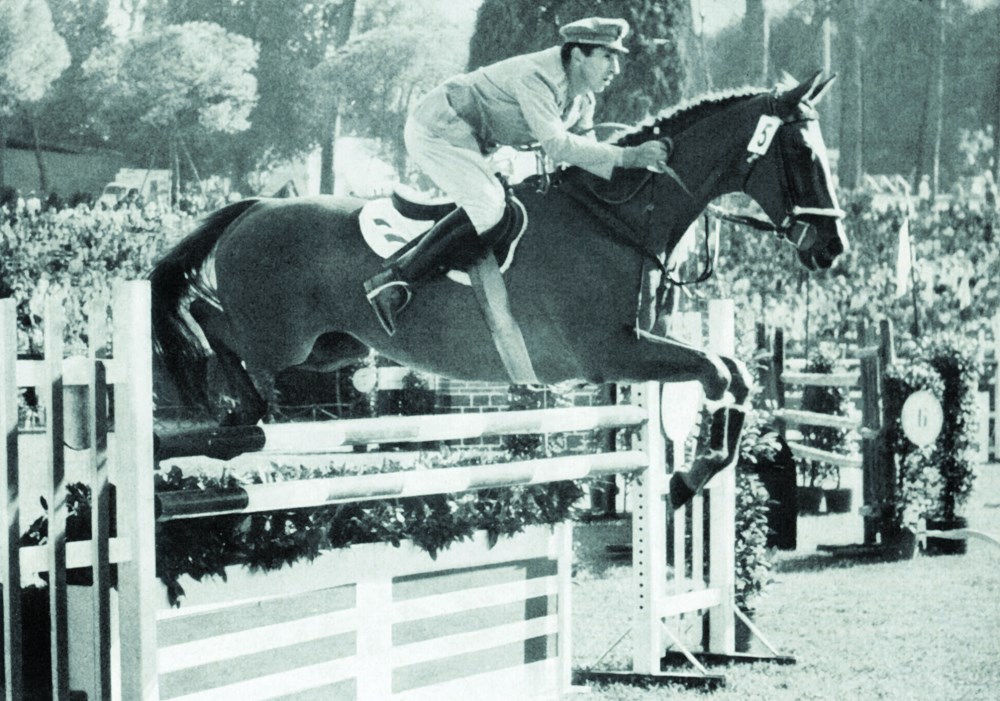